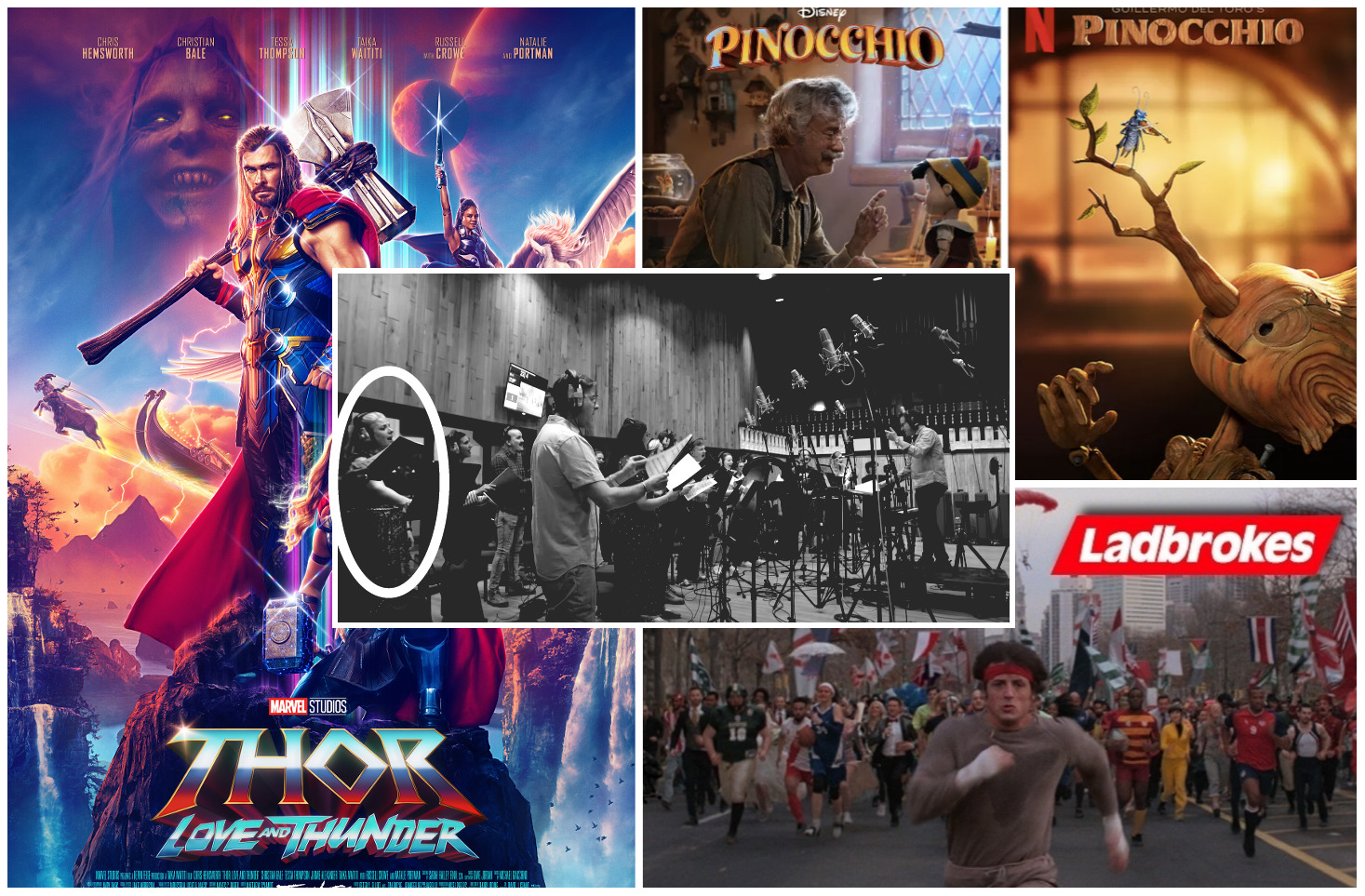 Soul Choirs' founding Director Abi Gilchrist has been a busy session vocalist this year, check out some of the exciting projects she's been involved with..

Recently Abi joined London Voices, a professional choir and session outfit recording a range of choral and backing vocals for the stars, Hollywood films and big brands. She finds herself most weeks recording at some of the world's leading recording studios, usually Abbey Road or Air Lyndhurst working alongside other incredibly talented vocalists and all the big names in the biz.

It's not every community choir that has a Director that is recording for the likes of Marvel and Disney. and Soul Choirs are so lucky to have the creative guidance, energy and enthusiasm that Abi brings to our midweek rehearsals and concerts, either in-person or through the exciting arrangements she and Ross put together. Some people ask musicians what their 'real job' is other than the gig they are performing at or the choir they are teaching (as if that wasn't enough!) - in Abi's case, it's simply more music.

Using her incredible diversity as a vocalist having trained at some of the top musical institutions in the UK, in one moment she can draw from her musical theatre training at The London School of Musical Theatre (where she is also now lead vocal tutor) and the next, produce lofty operatic notes she gleaned from training at The Guildhall School of Music and Drama. Her phenomenal sight-reading is an essential skill for this work often being thrust a score and having to read chromatic filmic choral parts, usually with made-up lyrics and weird time signatures and rhythms in the spur of the moment. It is a cut-throat business and as soon as you're in, you can be out so there is no room for error yet her and her colleagues smash through systems and staves of music in just a few hours, sometimes for a whole feature film - incredible stuff!

Of her recent recording work, you will hear her on Marvel's Thor: Love & Thunder, two versions of Pinocchio (Disney & Netflix) and an incredible commercial by Ladbrokes where they recreated the famous running scene from Rocky using a giant warehouse size green screen and the original footage.

This is the commercial where you will hear the epic vocals of London Voices singing out the Rocky Theme. Below you can see the behind the scenes video where you can catch a glimpse of Abi at the Abbey Road recording session (pictured above). In fact, it has been said that they have now re-named the famous studios; Abi's Road - but we cannot verify this at this stage ;-)

What's next? Well, NDAs keep Abi from spilling the beans until the projects have been released, but what we can tell you is that Abi herself will be on your screens this Christmas along with some of our Soul Choirs members for a Christmas commercial from a leading supermarket. All will be revealed in October. For now though, feel free to ask Abi all about her epic adventures in the world of TV and Film when you see her at your next choir rehearsal!

We send a newsletter each term to all subscribers outlining our programme and including promotions of our regular choir activities, performances, workshops and social events.  We will never spam you and you can unsubscribe anytime.